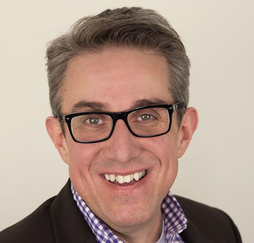 Brian Eugenio Herrera is, by turns, a writer, teacher and scholar - presently based in New Jersey, but forever rooted in New Mexico. Brian joined the faculty of Princeton University in 2012 as Associate Professor of Theater in the Lewis Center for the Arts and as a core faculty member in the Program in Gender & Sexuality Studies. At Princeton, Brian is also affiliated with the Programs in American Studies, Music Theater and Latino Studies.

​Brian's work, whether academic or artistic, examines the history of gender, sexuality and race within and through U.S. popular performance. Brian holds degrees from Brown University, the University of New Mexico and Yale University, where he earned his PhD in American Studies. Brian's scholarly work has been awarded fellowship recognition from the Ford Foundation, the Smithsonian Institute, the Don and Sybil Harrington Foundation. Author of The Latina/o Theatre Commons 2013 National Convening: A Narrative Report (HowlRound, 2015), Brian has also published essays in an array of publications, including Modern Drama, Theater, Theatre Journal, Theatre Topics, Studies in Musical Theatre, The Journal of American Drama and Theatre, TDR: The Drama Review, Youth Theatre Journal and The Gay and Lesbian Review; he also served as Guest Editor for special sections of The Journal of Dramatic Theory and Criticism and Aztlán: A Journal of Chicano Studies. With Stephanie Batiste (UC-Santa Barbara) and Robin Bernstein (Harvard), Brian serves as co-editor of the newly launched "Performance and American Cultures" series at NYU Press. Brian recently completed terms of service on the Executive Committee for the American Society for Theatre Research, on the Steering Committee for the American Theatre Archive Project, on the Executive Committee for Modern Language Association's Drama Division and on the Advisory Committee for the Latina/o Theatre Commons. His autobiographical solo show I Was the Voice of Democracy premiered in 2010 in Albuquerque and has subsequently been seen in Taos, Seattle, Los Angeles, Chicago, Lawrence (KS), New York City, Chapel Hill, Ithaca, Tempe, Princeton, Beirut, and Abu Dhabi. In 2013, Brian launched two new storywork shows, Boy Like That and Touch Tones. From 2007 to 2012, Brian taught undergraduate and graduate courses in World Theatre History and Performance Theory in the Department of Theatre and Dance at the University of New Mexico. At UNM, Brian was recognized four times by The Project For New Mexico Graduates of Color as an Outstanding Faculty Member and, in 2010, the Weekly Alibi annual reader's poll named Brian Albuquerque's "Best Post-Secondary School Professor or Instructor." Brian was named a 2014-15 Donald D. Harrington Faculty Fellow at the University of Texas at Austin and as the 2015-18 Robert Remsen Laidlaw '04 University Preceptor in the Humanities at Princeton. He is also the Inaugural Resident Scholar for The Sol Project, an initiative dedicated to producing the work of Latinx playwrights in New York City and beyond.

Brian's first book, Latin Numbers: Playing Latino in Twentieth-Century U.S. Popular Performance(University of Michigan Press) was recognized with the George Jean Nathan Award for Dramatic Criticism and received an Honorable Mention for the John W. Frick Book Award from the American Theatre and Drama Society. He is presently at work on two new book projects: Starring Miss Virginia Calhoun, a narrative portrait of a deservedly obscure early 20th century actress/writer/producer, and Casting - A History, a historical study of the material practices of casting in US popular performance.
all content © brian eugenio herrera