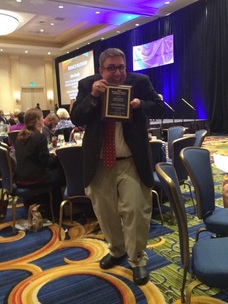 “An impressive and engaging work that makes a significant contribution to Latina/o performance scholarship by deeply examining the key roles Latina/os have played in shaping racial and cultural consciousness through US popular performance.”
Anne García-Romero, Modern Drama

“Sumptuous... Herrera’s appealing critical voice – witty, averse to jargon, and brindled with narrative side-eyeing – the writing revels in the ludic nature of its objects of study and also draws readers close with adroit word play that often delivers one more twist of the knife to his perspicacious critiques.”
Irma Mayorga, Latino Studies

“An ambitious and greatly needed book… The book will undoubtedly affect the work of future scholars, who can pick up from where Herrera has now brought us.”
Roxanne Schroeder-Arce, Theatre Survey

“Herrera skillfully and passionately explains, deconstructs and theorizes [the] cultural codes, meanings and processes in popular culture, while ‘ keeping the rhythm’ in an engaging narrative, flowing from one act to the other... I very much enjoyed reading Latin Numbers with its rhythm as fast and as addictive as that of the conga.”
Moshe Morad, Ethnomusicology Forum

“[A] fascinating and detailed history of Latina/o practitioners and representations of Latinidad in popular performance traces the cyclical nature of infatuation and disregard that American culture has had with Latina/os.”
Carla Della Gatta, Theatre Research International

“Deftly interrogates lesser-known 'Latin numbers' in a manner that expands the scholarly historical imagi­nary of Latina/o popular performance, and that encourages us to reassess how Latina/o ethno-racial identity has been performed and received across time.”
María Elena Cepeda, Theatre Annual

"Herrera shows that just when one thinks one has the position of the Latina/o pegged, that position is undermined by a number of different movements for change, some outside entertainment media, some inside its power structures, and some represented by individual actions on the part of Latina/o performers themselves… Recommended."
A.J. Barlow, Choice